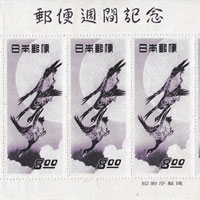 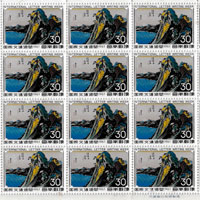 We first opened our shop as "Kobe Philatelic Center" in Kobe, Hyogo Prefecture in 1950. Since then we have built successful customer relationships.

In 1951, we began the first stamp auction in Japan. Our auction has been popular ever since, which we still continue to hold every month.

Later in 1953, as we moved our shop to Osaka, we have changed our name to "Japan Philatelic Center". After moving to Shinsaibashi and Sakurabashi in Osaka, we have found our home in Osaka Ekimae Building 2 in 1981.